Today I will post photos from last weekend that do not have a common theme. I will describe a little bit about each photo. 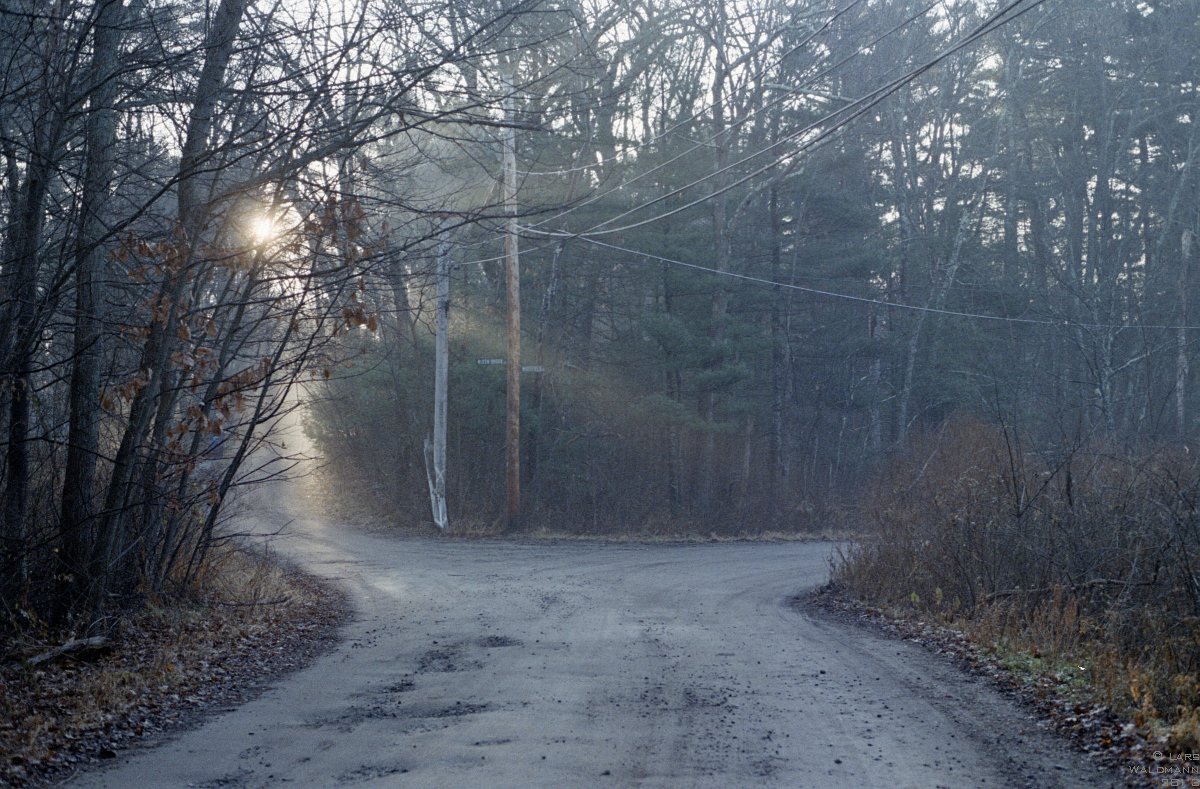 During a cold winter morning, the rays of morning sunlight shine through trees in Billerica, MA. 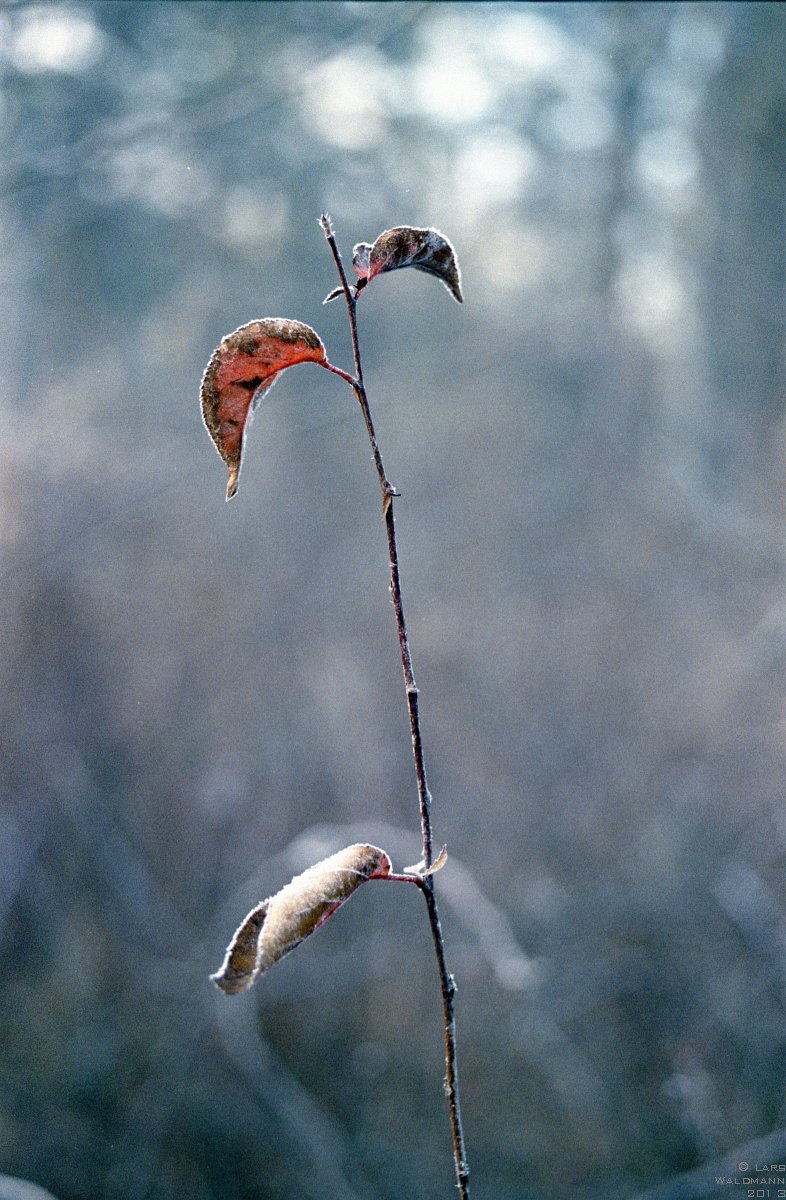 On a branch a few colorful leaves from the fall are left behind and coated with frost on the edges, reminding me of the last season before our currently very frigid temperatures. 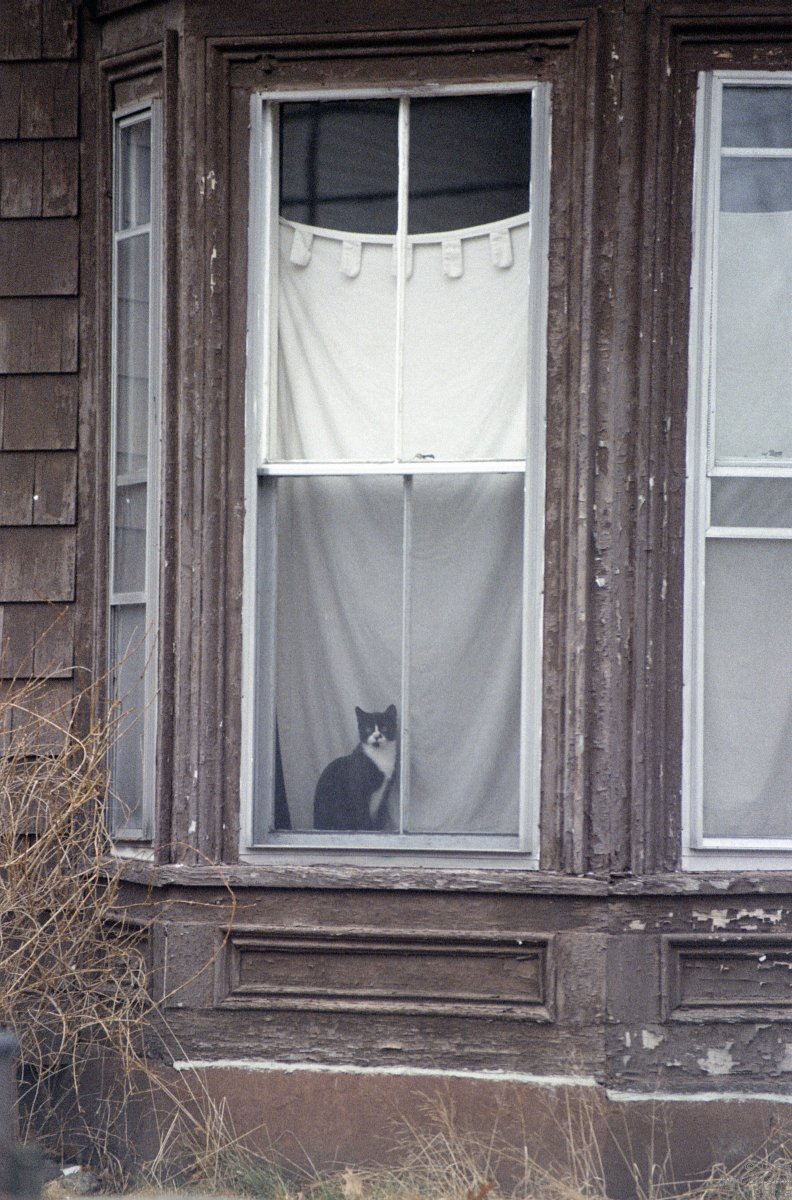 During a walk in our neighborhood we came across this house with a tuxedo cat. Our pets have a life of their own when we are not around. 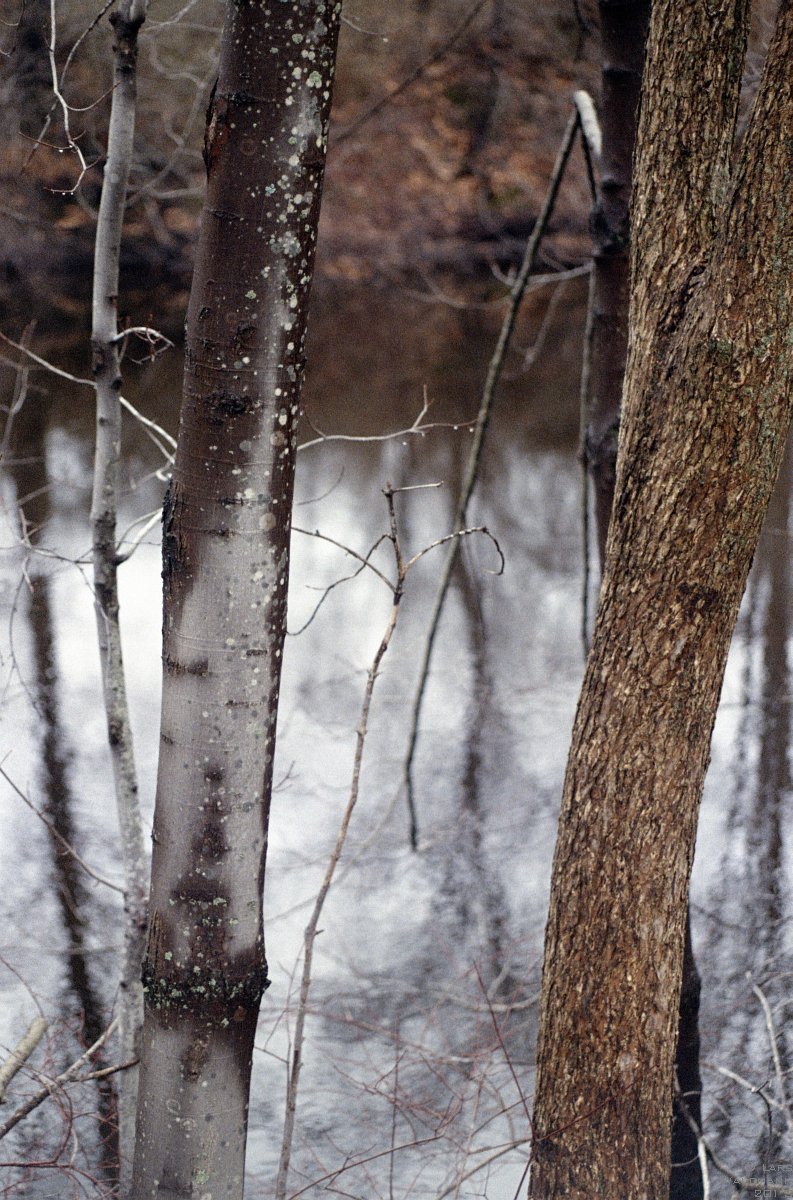 Trees on the Neponset River. 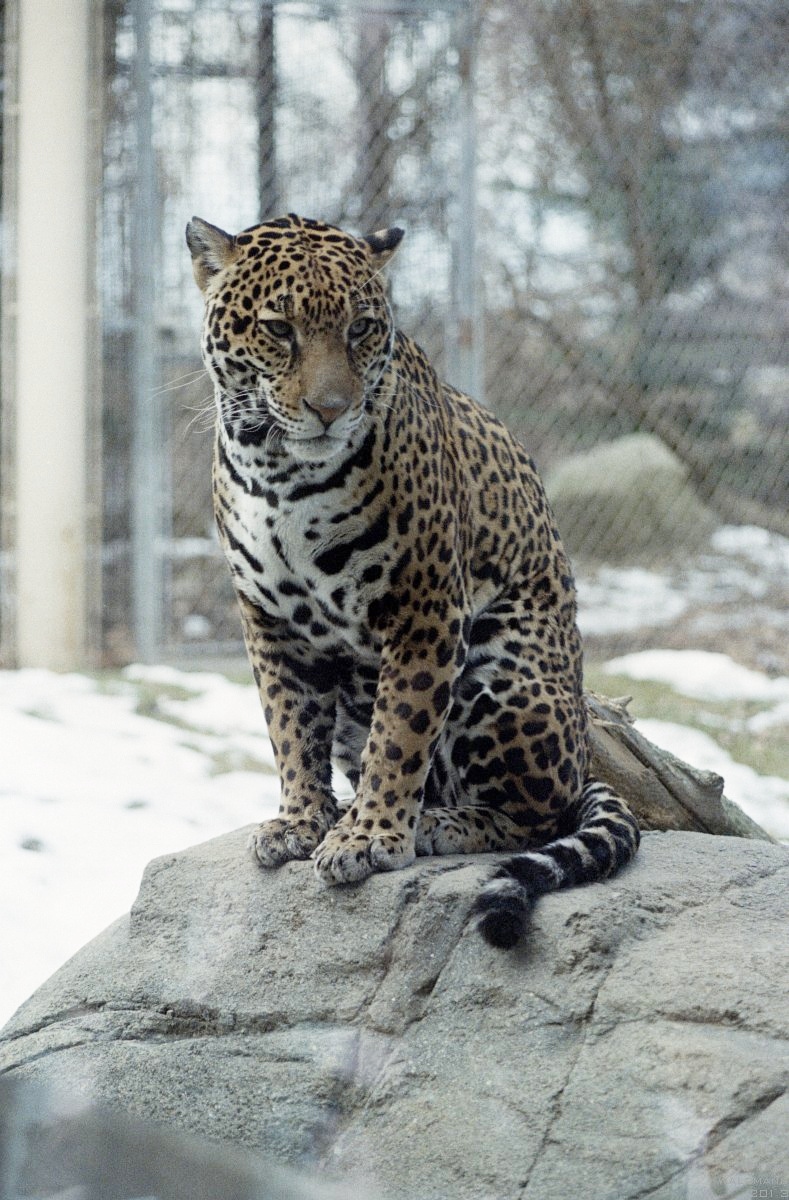 Leopard in the Stone Zoo (Stoneham, MA). When we got there first, the leopard was taking a cat nap on the rock, and then got up. 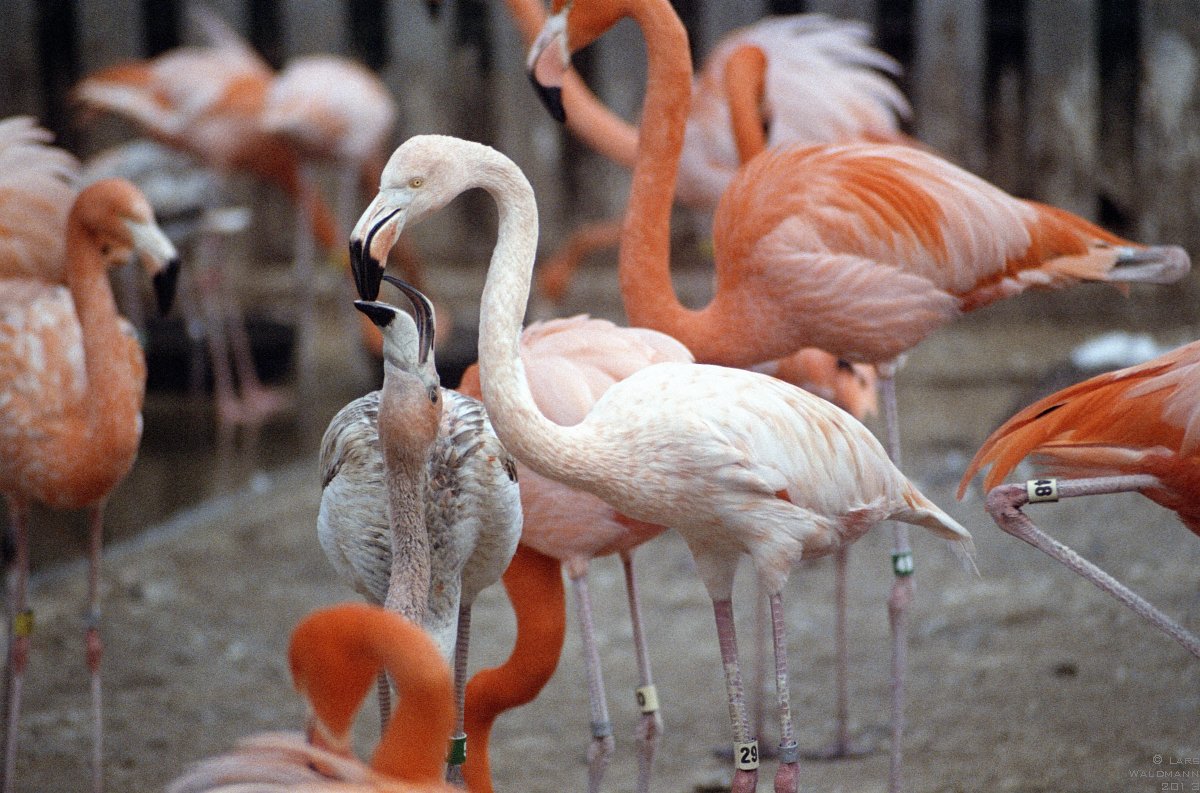 Flamingos in Stone Zoo. Here a young flamingo is fed by a parent. 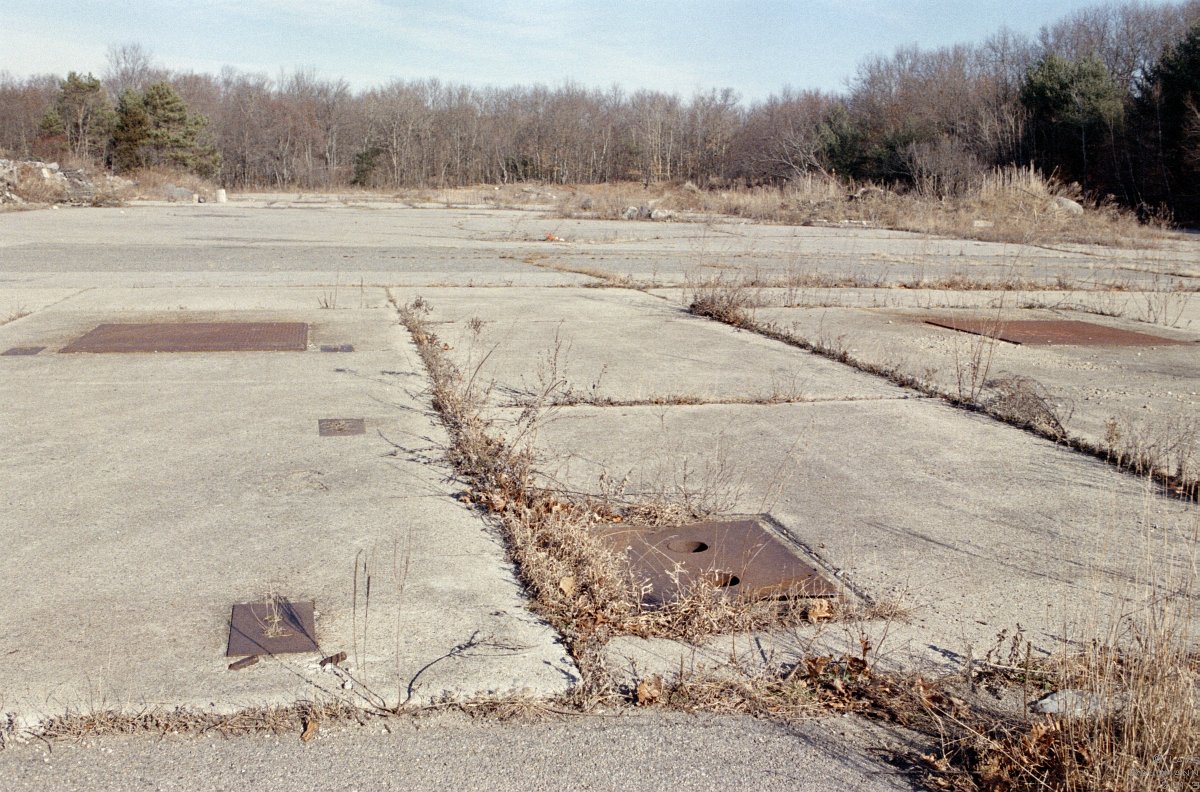 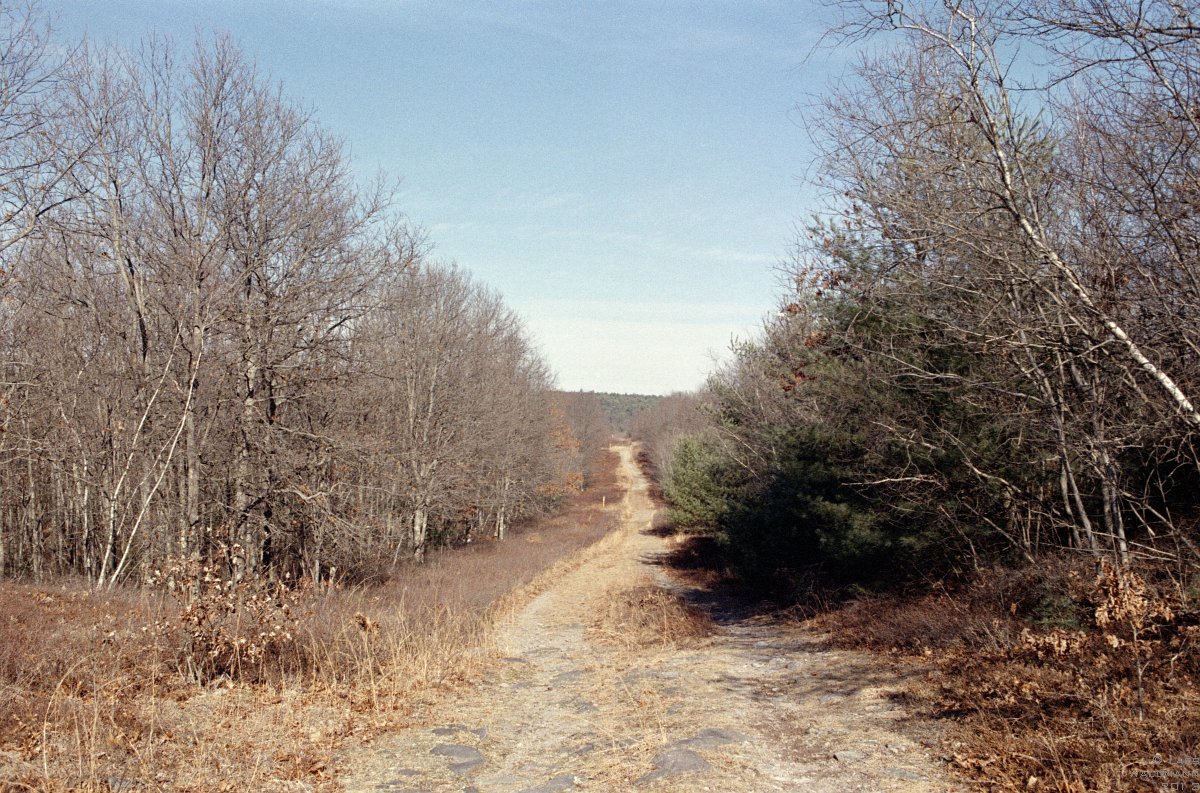 A path in Blue Hills near the missile launch area with an underground natural gas pipeline, hence the fairly straight, cleared path. Somebody in the area’s administration has a good sense of humor, calling these paths “Pipe Line” on official maps. 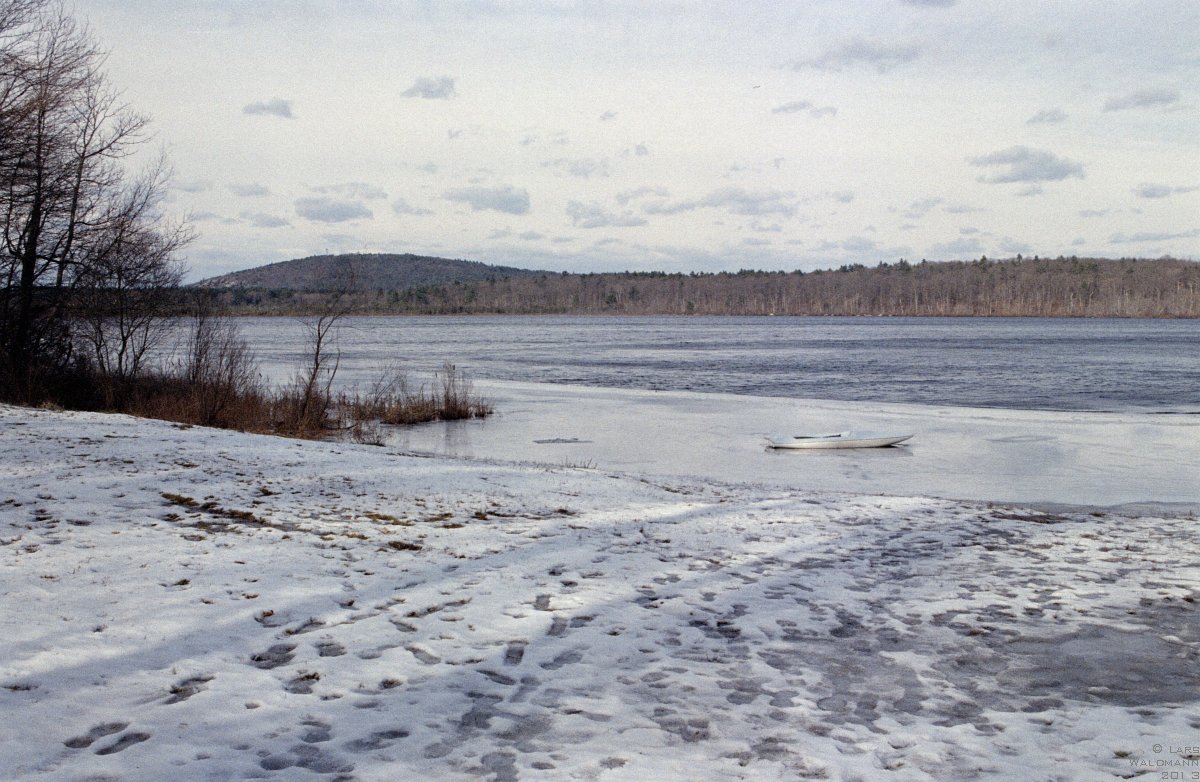 The last photo for today is from Ponkapoag Pond. On the other side is the boardwalk that I have posted photos from before. A little bit of ice was on the edge of the lake. The hill in the background is Great Blue Hill.

Thank you for joining my little trip through our area. 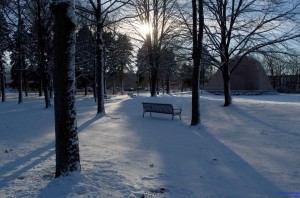 A day or two ago, I was thinking of things that I was grateful for. What’s funny about that idea is that it arose from experiencing something I was unhappy about and I was being  ungrateful!

There I was in the middle of what has been a mild winter, and I was shoveling snow and feeling a few aches. I got over myself pretty quickly when I realized that I was alive and mobile and those are two things I am particularly grateful for. 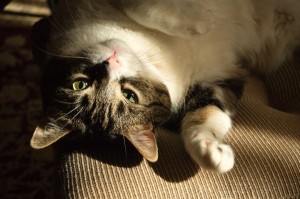 Now, I admit that I am not always a ray of sunshine- though I try to remain hopeful about what this life has to offer. I also think that there are lots of blogs that you can spend time reading that will make you angry, upset, or downright miserable. I am not going to do that to you. When I want to make someone miserable I am woman enough to do so in person and live with the consequences.

So today I am leaving you this message of hope: yes it is winter, yes it is cold, no your problems are not solved and neither are mine but I am thankful for many things- including you….