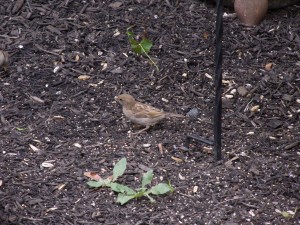 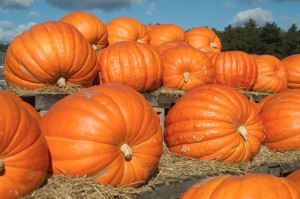 Now that summer has faded, I am thinking ahead and doing some preparation for our winter holiday season. It may seem early but it takes time to do anything well and I like to do holidays in a big way. I get great pleasure from giving my time and talent to making people happy. Generosity is not my only motivation- the act of giving serves me as much as anyone to whom I give. 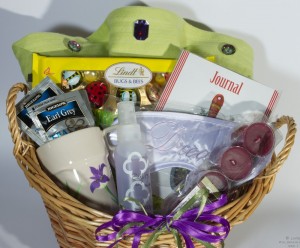 I buy lots of items as gifts for friends and family especially for Christmas. I try to purchase things throughout the year in order to save money. If I find a gift worthy item in July then I buy it and hide it. Of course the trick is remembering where I put it when it comes time to wrap gifts in December!

Another aspect of gift giving that I truly enjoy is the making or embellishment of items so that they have a personal touch. This is a way to express my creativity and to personalize the gifts. Over the years many of my gift recipients have told me that I should sell what I make. Well, I don’t have a storefront but I do make some items available for purchase at this web address. Right now I offer gift baskets, special occasion bears, and embellished items for gift giving. I share this site with my family so my husband’s photos, cards, and calendars and my daughter’s hand made jewelry are also available. 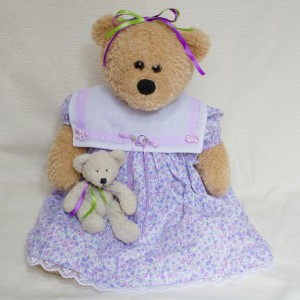 So take some time to savor the season and show your crafty side too. If you are not so handy there are people like me from whom you can buy creative gifts.

Fall is a busy time for me and I’m sure that’s true for you also but like the birds- I’m getting ready! 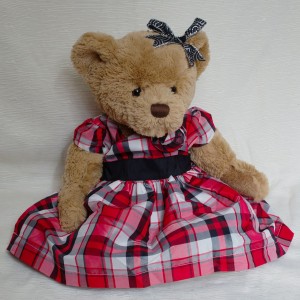 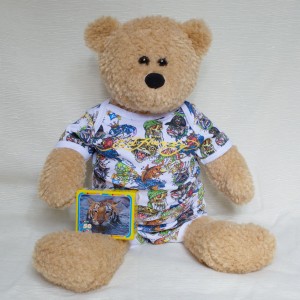 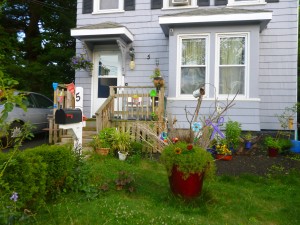 I am a big believer in plans. I believe that plans can help us to avoid some of the problems that result from not thinking ahead. I know that I am not in control of the cosmos and that anything can happen, but I don’t want to add to any unpleasantness that may result from a thoughtless mistake. Of course, I have made plenty of mistakes despite my beliefs. Fortunately,  I have learned a lot as a result.

One of the most important lessons I have learned is that some times we make mistakes that result in a benefit for us. I made a couple of big mistakes when I decided to work on my gardens this year. I committed the first one back in June. For some reason I planted many items later than I should have. Among the many plants that I tried to grow, I picked a couple of plants that I thought were perennials and they were, but not for New England! I wasn’t sure that the various plants would grow to maturity or that they would survive our incredibly hot summer. The only thing I was sure about was that I enjoyed the process.

I enjoyed purchasing the plants and seeds and I saved money because most of them were discounted.  I looked to various sources for inspiration: the New England Flower Show, magazines, the gardens of my neighbors and more. I considered the birds and other wildlife that inhabit or pass through my city yard. When considering the design of my front yard, I thought about the children who pass by on their way to school. I love seeing them smile about the birds or some surprise that they spy in the yard. 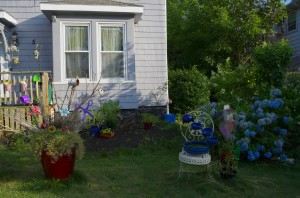 The second mistake occurred in July when my helpful neighbor cut down a bush and a tree that bothered both of us. I had discussed both plants with him at an earlier time and he volunteered to trim them but  he actually cut them both down completely! There was a gaping hole between our homes that used to be filled and allowed for privacy- suddenly that was gone. My neighbor apologized profusely and I was left to wonder what to do about the space. 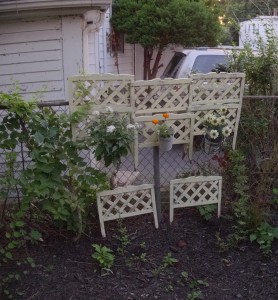 the tree is gone…

I ended up decorating a space on the fence and was able to attach some trellis wood to the fence and container plants to the trellis. Two different hydrangea plants that were shaded in the past, began to receive light and are doing better than ever. Not only that, but my neighbor and I are better friends because of the incident. We talk more because we can actually see each other! 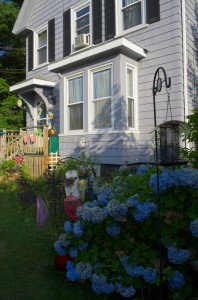 So once again I learned another life lesson; despite planning and dedication, mistakes are likely, and can sometimes make things better. Here’s hoping there are good things in your life no matter what mistakes you have made.