Recently I got to go on a skiing adventure with my friend Mike in the White Mountains in New Hampshire.

Our adventure started at the Pinkham Notch Visitor Center below Mt. Washington (Rt. 16). It took us a while to put all our equipment and food into two large backpacks. Starting at about 2000 ft altitude the walk at first seemed not to be too difficult, and it actually helped that the trail was covered with snow, which made walking on it a lot easier than walking over rocks like in the other seasons. The further up we went, the more difficult it became because of the altitude. The scenery also became really beautiful. 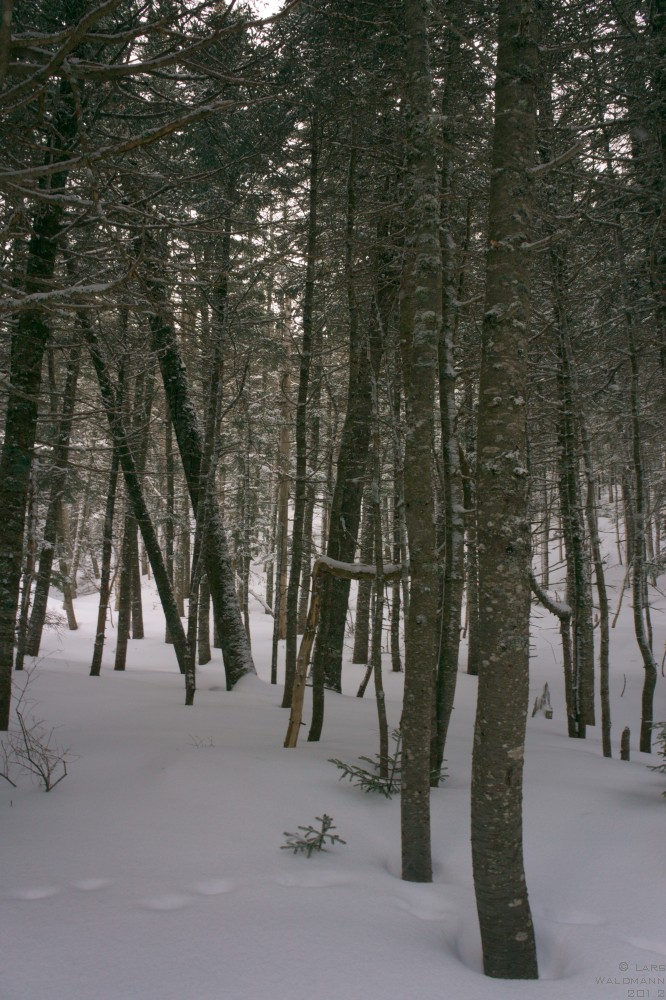 For the first time this season, it really felt like winter. So far this season, we almost had no snow at all, and it was just so beautiful to see a snow covered forest floor.

We walked further up, intersecting with other trails to Lions Head and Huntington Ravine. 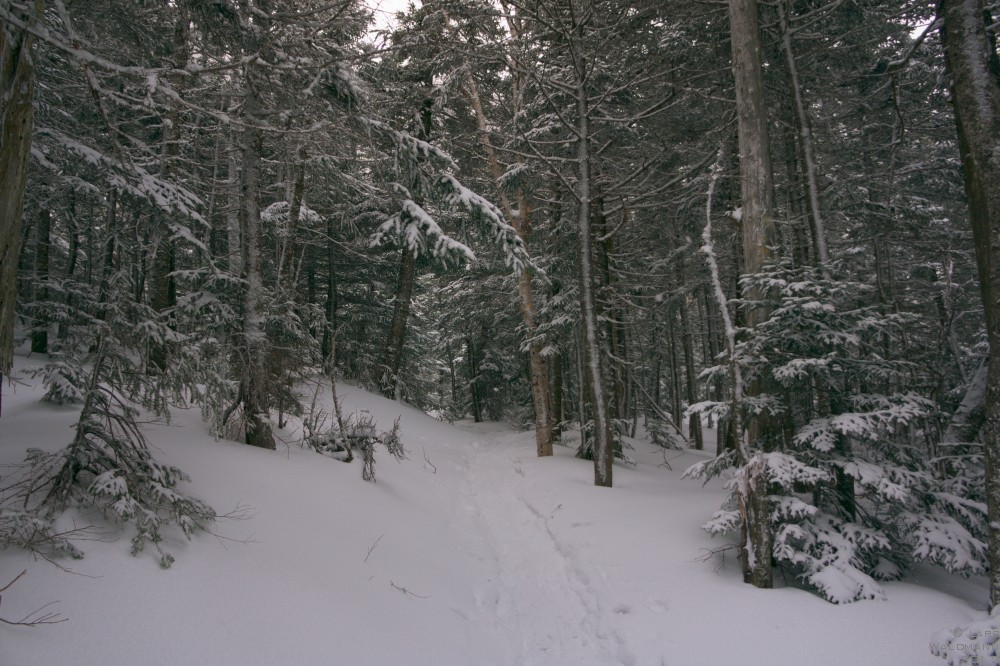 The further up we went, the more beautiful it looked around us. After 2-3 hours we finally reached the Hermit Lake Shelters, the end of our hike (and beginning of the skiing adventure). We now had reached almost 4000 ft altitude.

After a lunch break with hot soup, peanut butter & jelly sandwiches, and hot chocolate it was time to change our footwear over into snow boarding/ski boots. It was difficult to stay warm, because there was an ice-cold wind blowing. Water in our bottles started to freeze.

After changing over, we were read to ski/ride down the John Sherburne Ski Trail. This trail was cut by the Civilian Conservation Corps (CCC) in the 1930’s. It leads down to the Pinkham Notch Visitor Center. 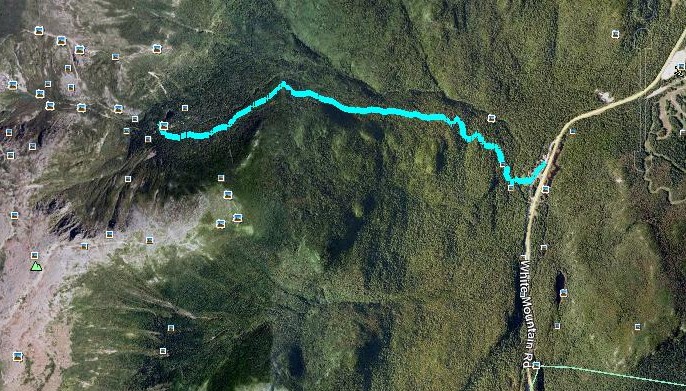 The Google Earth map shows Mt. Washington to the left, and our GPS trail. Rt. 16 is to the right. The altitude profile shows the start at just below 4000 ft and the bottom at just about 2000 ft.

The trail was wider than we expected and overall was not too steep. The length of the trail is about 2.3 miles. While it took us about 2.5 hours to hike up the mountain, it took about 15 min to ski down. 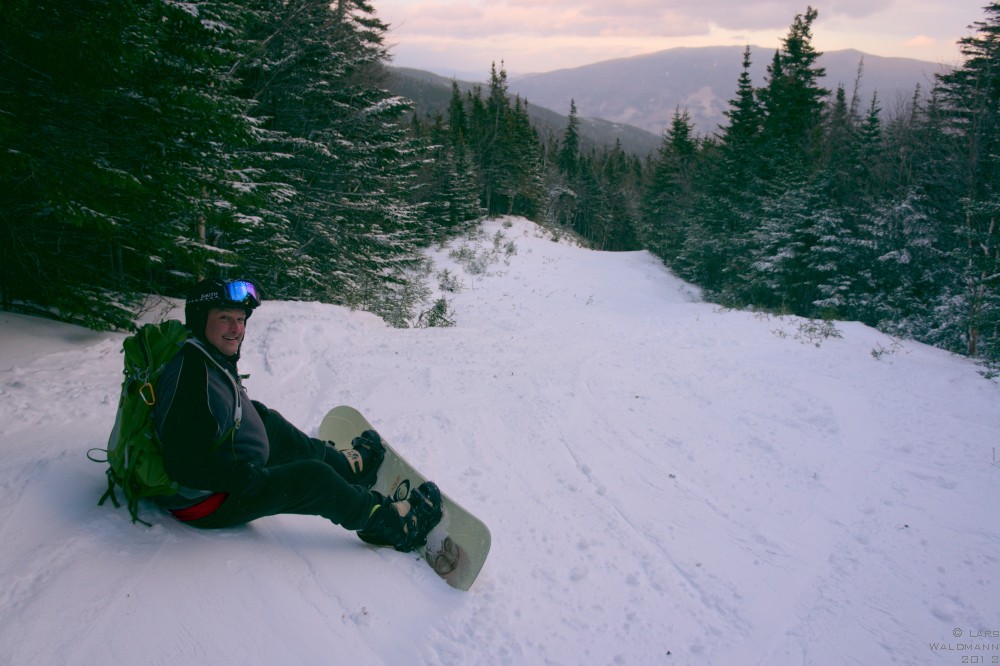 Here is my friend Mike near the top of the trail. The conditions were perfect, because there were about 4 in of new snow from the previous night. Because it was getting late in the afternoon when we descended, the sky had turned already colorful. What a great hike and trail!

We enjoyed this adventure a lot. Needless to say, we slept really well that night. Thank you, Mike for this great adventure.